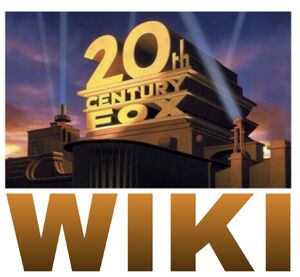 20th Century Studios Wiki is a collaborative encyclopedia for everything related to 20th Century Studios. Television series include The Simpsons, King of the Hill, Family Guy, American Dad!, M*A*S*H, How I Met Your Mother, Modern Family, Empire and 24. Movies include Planet of the Apes, The Omen, X-Men, Alien, Predator, Alien vs. Predator, Kingsman, Die Hard, Home Alone, Anastasia, Ice Age, Night at the Museum, Independence Day, Taken and Alvin and the Chipmunks.

Fox was also the distributor of the first six Star Wars movies, though they only owned the first film, until The Walt Disney Company bought Lucasfilm Ltd. on October 30, 2012.[1]

The company was founded on May 31, 1935, as the result of the merger of Fox Film Corporation, founded by William Fox in 1915, and Twentieth Century Pictures, founded in 1933 by Darryl F. Zanuck, Joseph Schenck, Raymond Griffith and William Goetz.

20th Century Studios is a member of the Motion Picture Association of America (MPAA).

Retrieved from "https://20thcenturyfox.fandom.com/wiki/20th_Century_Fox_Wiki?oldid=27115"
Community content is available under CC-BY-SA unless otherwise noted.